Felix Gray Reviews: Are their blue light glasses worth the $95 price tag?

Our editors independently research, review, and recommend the best products. We may receive commissions on some (not all) purchases made from our chosen links. Learn more.

One third of all Americans spends 8 hours of the day in front of their screen. And with everyone working from home nowadays and putting in even more hours, the situation is only getting worse. Wake up, check your phone, migrate to your laptop for a full day’s work, then switch back to your phone and TV for the rest of the day.  We’re all guilty of it. But if weren’t not ready to embrace the Amish ways just yet, shouldn’t we at least do something to ease the strain on our eyes?

The more we expose ourselves to screens, the more we’re exposed to the blue light that the LEDs in these screens emit. And this blue light isn’t exactly a great thing for our eyes. It’s naturally occurring, sure, but not in the levels at which we expose ourselves nowadays. This causes strain on our eyes which leads to a whole slew of problems, which we’ll get into today.

We’ll get into a thorough review of Felix Gray blue light glasses, but first it’s important to talk about blue light and its effects, in a more general sense.

Hang on: what is blue light, and why should I care about getting special glasses for it?

Before we dive too deep into “blue light =bad” or a review of Felix Gray’s blue light glasses, in particular, it’s important you understand a few things.

Now that we’ve got that out of the way, let’s move on to blue light glasses, specifically, and whether there’s any legitimacy to their marketing claims.

Blue light glasses are widely known to improve visual comfort and alleviate some of the symptoms of eye strain.

Longer answer: yes, but they’re not a cure-all.

A few years ago, a major optometry retailer was fined over $50,000 for making claims that blue light causes damage to your eyes’ retinas, and that their glasses prevented this damage. From that day forward, everyone who heard this story instantly became skeptical of blue light glasses as a whole (and rightfully so).

Blue light, in everyday amounts, can not damage your retina. But as the clinical adviser at the Association of Optometrists notes: “While coatings designed for filtering visible blue light may improve visual comfort for some patients – to prevent eye-strain, or to help mitigate the impact that visible blue light may have on sleep – current evidence does not support making claims that they prevent eye disease.”

Blue light glasses don’t prevent eye disease. Not because they’re ineffective at doing so, but because the relationship between blue light and retina damage was entirely made up as a marketing tactic to scare consumers. Annoying, right?

Now, back to what blue light glasses do accomplish.

In the 2017 study “Blue-Light Filtering Spectacle Lenses: Optical and Clinical Performances“, researchers conclude that blue light glasses reduce phototoxicity of blue light by 10.6-23.6%, without any loss in visual performance, and are therefore suggested as a means of protecting the eyes against harm.

Wearing blue light glasses has several key benefits not only for your eyesight, but also for your overall health:

For starters, they have great branding, right? But that’s not what we care about. Let’s talk about what actually matters: the product… the glasses. Felix Gray glasses are a good fit for people who care about:

While low-cost competitors out there treat their lens with a blue film, Felix Gray’s blue light reflectors are actually built into the lens itself. This sort of lens technology takes a ton of R&D to develop and test, and is one factor why big brands like Oakley and Costa del Mar have to charge a premium for their polarized sunglasses.

It’s easy to get lost in wanting to go with the lower-cost option (I do it all the time), but there are legitimate reasons why Felix Gray charges what they do. Objectively, you’re getting a more effective, premium pair of glasses that does a better job of blocking out harmful blue light than the other guys. Whether you’re personally willing to pay that premium is, of course, subjective.

How much blue light does Felix Gray block?

Felix Gray lenses filter out 50% of all blue light and around 90% of the highest range of blue light. This is superior to low-cost competitors. And Felix Gray lenses get all this work done without discoloring your field of vision or blurring things. With cheap competitors, this is a thing.

This test was done using an iPhone 11 camera and taking pictures of a computer screen isn’t exactly the easiest thing to do, but after a few attempts, this is a great representation of the real-world difference. I also asked a friend of mine to take these photos, to try and remain as objective as possible. (Thanks, Allan!)

Notice a difference? I do.

Personally, I see a slightly different shade of blue between wearing Felix Gray’s glasses and not, but the really noticeable change is in the clarity between the two. If the difference is significant enough to show up in a couple photos, imagine how much your eyes and head will thank you after five consecutive, eight-hour days in front of a computer screen.

I tried this same test with some cheap, $9 blue light glasses I got off Amazon, and the results aren’t even worth showing. There’s no noticeable difference. If anything, the vision through my cheap glasses is even worse, bringing in some weird blue tint and blurring things a bit. I decided to read through the Amazon reviews and the seller couldn’t even get their story straight on how much blue light their lenses block. There’s nine bucks I’ll never be getting back, I guess.

Unlike these cheaper blue light glasses you may have seen on Amazon, Felix Gray doesn’t use a blue-reflective lens coating. Their lenses have a subtle tint embedded within the lens technology itself, so you’ll never notice any discoloration or blurring. I personally think the Felix Grays improve both color and clarity.

Pricing: How much do Felix Gray blue light glasses cost?

Unlike other companies, Felix Gray offers three types of glasses: optical, sleep, and sunglasses. Take a quick look at which boxes each one checks off, and then we’ll move on to costs.

Felix Gray’s optical glasses start $95. They’re available in prescription, non-prescription, and reading lenses. I’m fortunate enough to have pretty good vision, so I haven’t tested these out at all, but I do know that $95 for a quality pair of frames and blue light filtering is a pretty great deal.

We’ve all heard the sleep experts warning us, “Don’t use your phone, laptop, or TV within 30-60 minutes of bedtime!” And yet that simple piece of advice seems almost impossible to abide by on a regular basis.

Felix Gray recognized this reality and developed a line of lenses specially designed to be used during these nighttime hours. By tailoring their core lenses to also give love to our nighttime brains, these really are an all-day blue light solution.

They’re super cool and are something we haven’t seen from other companies. Felix Gray’s sleep lenses specifically target the range of blue light that impacts the secretion of melatonin most. (Melatonin is a naturally occurring hormone that your brain produces to regulate your day-night and sleep-wake cycles. By doing so, these puppies are clinically proven to double the amount of melatonin that your brain secretes to help you sleep throughout the night. No you don’t have to wear them while you sleep (can you imagine?!) but you should use them while you’re scrolling through Instagram or binging yet another Netflix show before bedtime.

Lastly, Felix Gray’s sunnies start at $95. I don’t think much needs to be said for these. They sit at a price point that’s pretty darn reasonable for polarized sunglasses (again, excellent build quality, materials, and blue light filtering), so I’m curious to give them a shot someday.

One thing worth noting: this doesn’t affect me personally because I’m blessed with good vision, but I don’t love the fact that Felix Gray doesn’t currently offer prescription lenses for their sunglasses. (If this is a dealbreaker for you, though, I recommend checking out SportRx. They have great prescription sunglasses, but no blue light glasses.)

Felix Gray Reviews: What do others think?

Felix Gray flexes an overall 5 star rating (of 1,006 reviews) on their website, but it’s important to always take that with a grain of salt. Same with Amazon, but that’s a different story. To get a more well-rounded, unmoderated view of how the market likes Felix Gray blue light glasses, I jumped over to Reddit to find the answers.

Overall, people seem to like them. Generally, the only negative feedback was around people expressing doubts against blue light glasses in general; but there was no evidence of them actually owning Felix Grays.

A couple mentioned being able to use insurance to help cover the cost of their Felix Grays. That sounds like a great strategy, although I haven’t personally tried going that route. It might be worth checking out their website and seeing if it’s a viable option for you. $95 for a solid pair of blue light glasses certainly shouldn’t break the bank, but if insurance can help cover the cost, why not let it?

What’s the word: Are Felix Gray glasses worth it?

At the end of the day, it’s subjective. But I can say that my experience with cheap knockoffs was so bad that I never wore them. Not only did they not work, but they seemed to make my vision worse. And with a lack of variety and fit guides, I ordered a pair that looked downright bad on my face, which led me to never wear them during meetings anyway.

Felix Grays (www.FelixGray.com), on the other hand, surpass expectations. They deliver on all the marketing claims that blue light glasses companies can ethically make, and (in my opinion) look very stylish. Their size guides, style options, and ability to get them as sunglasses are all perks that other companies don’t offer.

And hey, free shipping and returns. Gotta love how that’s a risk-free trial not only for a stylish pair of glasses, but also testing out the efficacy of blue light glasses in general. If you do give them a shot, please let us know – we’d love to hear how others are liking them, beyond our own social networks.

Blue light glasses that look good, and actually work. I promise they didn't pay me to say that.
Click Here
Telemedicine

Byte vs AlignerCo: Which invisible teeth aligner is the better bet?

Remi vs Cheeky vs ClearClub: Which is the Best Night Guard for Teeth Grinding? 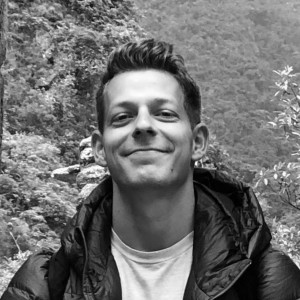 Fitness enthusiast, mental health advocate, and lover of all things tech. Since studying Psychology and Marketing at the University of San Diego, I’ve spent the last 7 years working in the tech sector. I’m passionate about how tech and mental health research can intersect to bring real good to the world.